‘GOD HAS BEEN KIND’

The grass was green, the sky was blue and life was nice…

It was the summer of 2011. I was posted in Kolkata. Life was coasting along rather satisfactorily for me. I was in my 30th year of service in the Indian Army and had seen reasonable success by way of being bestowed with the unofficial epithet of “Bhishma Pitamah of Aviation Engineering” in the Army by my superiors and being one of the few officers from my batch of 1981 to have reached a fairly high place in Army’s steeply pyramidal hierarchy. What’s more, at 52 yrs of age, I was at the peak of my physical fitness, playing more than 10 to 12 games of vigorous squash daily, putting a lot of youngsters to shame. My wife’s career in Pune was cruising along smoothly and children were well on their way to settling down in life. I often regretted not being with them. But, in the Armed Forces, this is often the way of life. In fact we laughed it away by telling people that my wife and I were “Happily Married” – “Married” also and “Happy” also, because she was in Pune and I in Kolkata! 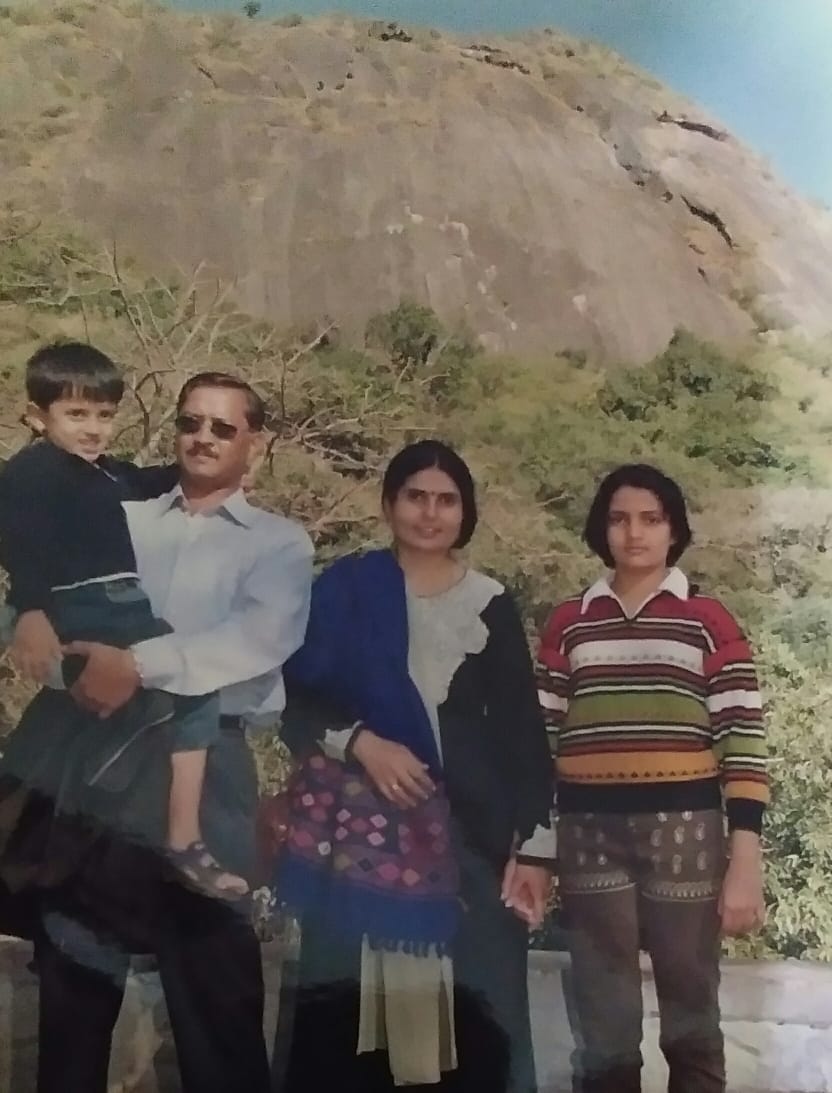 A bolt from the blue…

Since mid-2010 I had noticed with concern a small, shirt-button-like lump just below my left nipple. It wasn’t protruding awkwardly nor was it painful, but it was just there. Since it did not cause me any problems, I wasn’t overly bothered about it. However, I did consult about 4 or 5 doctors when I had gone to them for other ailments (tennis elbow, low back pain, mild fever, etc). They too were sanguine that the lump could not be anything more dangerous than fat build-up or some such anomaly.

By March 2011, the lump had grown to the size of a coat button, but continued to remain painless and non-problematic. But, some uncharacteristic congestion and phlegm build up in my chest heightened my already increasing concern. I wrongly assumed that these were symptoms of some serious ailment such as cancer, and reported to Command Hospital Kolkata and insisted on being seen by an oncosurgeon or oncomedical specialist. While the doctor said that these symptoms had nothing to do with the lump, he asked me to undergo a Fine Needle Aspiration Cytology test. That evening while resting after a game of squash, the pathologist who had tested me broke the news- the lump was malignant! The import of this news took some time to sink in. It was only when I heard the deafening hush on part of my wife, when I called her to inform her that I realized its full significance. With no idea of the spread & extent of the malignancy, a ‘comma’ had been put into my life, with no indication of how far down the line the ‘full-stop’ would occur. A lot of unpleasant images of pain and suffering started invading my otherwise placid mind. Suffice it to say that that night was a restless one full of ‘what ifs’. The next day when I informed my superior officer and my colleagues, again I encountered that stunned silence and, this time, accompanied by some very sympathetic looks of concern. That is when I decided to straighten my drooped shoulders, look squarely into the opposite person’s eyes and smile as cheerfully as I could. I suddenly realized that the only difference between yesterday and today was this new information implanted in my mind. Apart from that, I did not feel any different from yesterday, physically or mentally. So, why drag the future into my today and cripple myself much before the destined time. Moreover, the extent of internal damage was yet to be assessed! So, I continued with my normal routine, with a little more vigor and gusto, possibly. I was known as a ‘wonder boy’ in the squash court for the simple reason that I was 52 and a Brigadier and still could give most youngsters ‘a run for their money’ in the squash court. I continued with my vigorous squash, selecting for demolition the very same doctor who had conveyed the news to me!

A couple of days later, it was revealed that the cancer had not spread much nor had it metastasized and the nearby organs were unaffected. I won’t say that this was not a big relief. It definitely was- for me and my family! I was operated very soon, underwent six cycles of chemotherapy with all its hateful side effects and emerged, on the other side, as a much wiser and more tolerant person. All through the chemotherapy phase, I continued to lead a normal life, except for the diet restrictions, socializing and playing squash as usual…in fact, some doctors were of the opinion that it was this active life-style which tremendously hastened my recovery.

I cannot forget the tremendous support and cooperation of all my colleagues and family members during this phase of life, in their own unique ways. For instance, my boss, a sage old General, walked in on the third day after my operation with the office orderly behind him carrying a suitcase and told me,”Poora din kya karoge? Bore ho jaoge bistar par lete lete. Here are some official files. Go through them and prepare briefs in respect of these cases and send them to me. No hurry or urgency. Take four or five days!”. In retrospect, I realized that, by doing this, he not only helped me in taking my mind off morbid thoughts but also enabled me to remain relevant, useful, “in touch” and, more importantly, conveying to me that I continued to remain an indispensable member of his team and that he was sanguine that I will not let him down.

It has been seven years now since that turn of events. I have since retired from the Army as a General, but continue to play my daily round of squash in the evening and have added yoga to the morning regimen. All I can say is, “God has been kind!”

General Jayaprasad Nayar during his days in the Army. He has since retired and resides in Pune.

Lessons learnt from my experience…

I will be failing in my aim of experience-sharing if I do not share some of the valuable lessons I have learnt through this phase of my life. This, I do with the acute realization that each case is bound to be unique, each individual different, his/ her’s domestic conditions different, support from colleagues, family and society dissimilar. However, I am convinced that experience sharing will help in a big way, if only by bringing home the point that problems and afflictions are universal and everyone is subject to them. 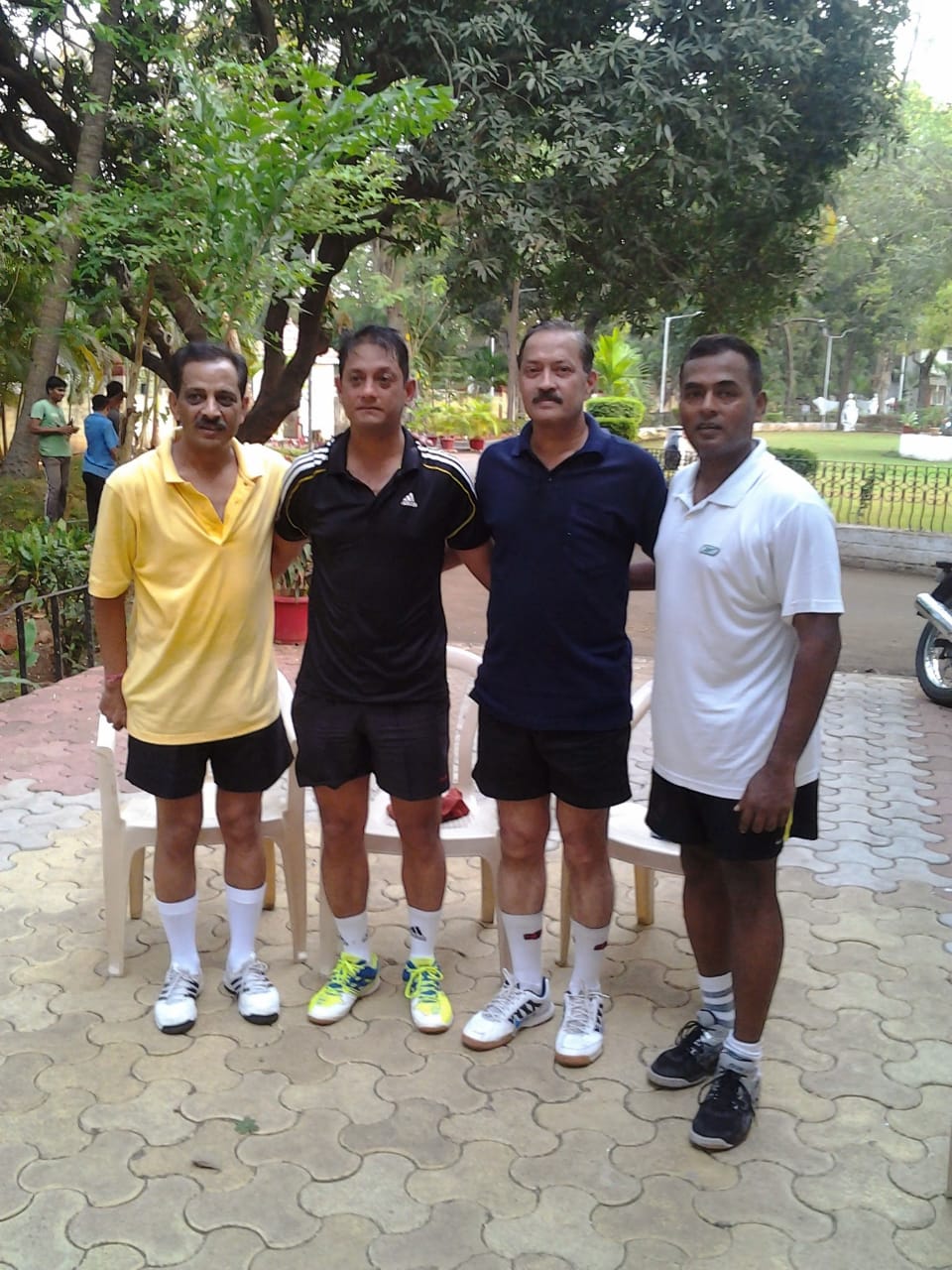 Rt. Gen. Jayaprasad Nayar ( second from the right) with his ‘squash’ friends.

It is noteworthy that Nayar sir still follows a strict fitness regimen, which according to him makes him feel right as rain. His daily routine is inclusive of yoga, singing and recording on Smule (a music app), crosswords, afternoon naps, squash, reading and always an early night in. On Sundays he spends time with children of a PMC school Babu Jagjiwan Ram School, Yerawada, clearing their doubts in Science, Mathematics & Physics.

We all have a story just waiting to be told. What is yours?